Skip to content
The Economic Implications of the Russia-Ukraine Conflict 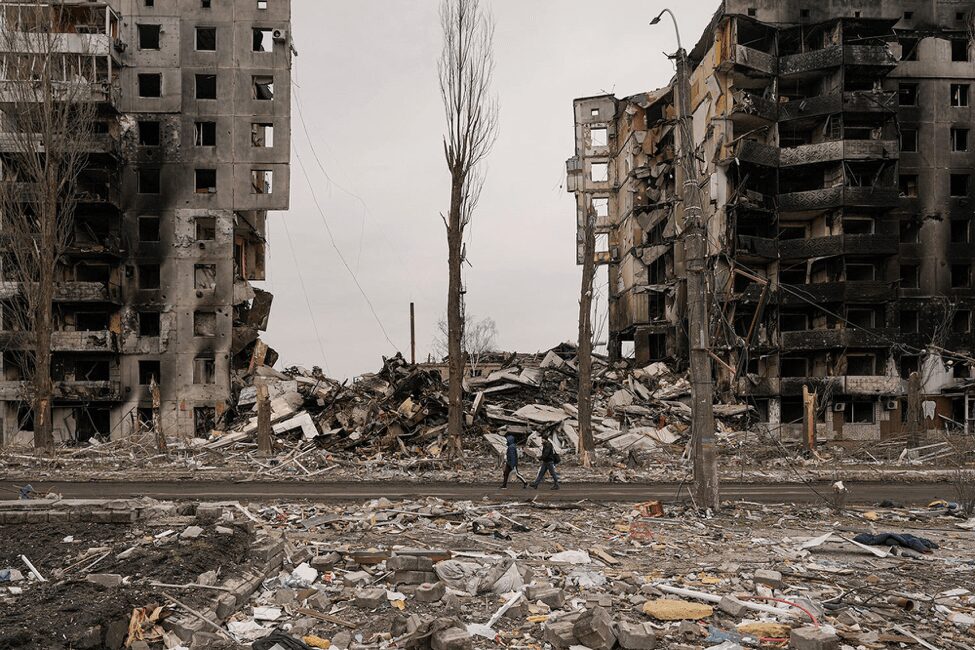 June 13, 2022 / Comments Off on The Economic Implications of the Russia-Ukraine Conflict

​On Thursday, February 14, Russia commenced a large-scale military invasion of Ukraine. The aggression was not unexpected, as in the weeks prior Russia had built up a significant military presence around the Ukrainian border. However, the invasion was still a significant moment for both nations as it marked an escalation of the ongoing conflict which became very serious in 2014 with the Russian annexation of Crimea. There are various social, economic, and political reasons for Russia’s desire to control Ukraine. Most notable of them, though, is President Vladimir Putin’s fear of growing NATO influence in eastern Europe. He hopes to prevent Ukraine from joining the alliance due to its proximity to Russia.

​In the process of Putin’s political goals, thousands of civilians and soldiers have suffered immensely. Aside from taking innocent lives, in Ukraine, the violence has forced mass emigration to neighboring nations and a complete abandonment of homes and livelihoods. The economic consequences of displaced and disempowered Ukrainians will be immense. This whitepaper will explore the short and long-term economic effects of the Russian invasion of Ukraine and study the implications for nations around the world, most notably developing economies.

​Because of their location and fertile land, both Ukraine and Russia are significant world exporters. Combined, they make up over 25% of all global wheat exports and over 70% of all global sunflower oil exports[1] and are known as the world’s “breadbasket”. In addition to their agricultural ability, Ukraine and Russia are also key producers of raw commodities. Many of these, such as oil, titanium, and nickel, are used in mass production of consumer products like car parts and electronic devices. Therefore, limited supply of all of these exports in Russia and Ukraine means higher prices globally across a wide array of products. Computer chips, for example, are a key component of various electronic devices. Russia and Ukraine are heavy exporters of neon gas and palladium, both of which are used for manufacturing semiconductor chips. Ukraine alone supplies up to 90% of the US’ semiconductor-grade neon [2]. Because of semiconductors’ key role in electronic devices, the ongoing crisis in Ukraine poses serious threats to supply chains globally. Prices are expected to rise and delivery times are anticipated to increase due to the limited supply of these chips. This is exacerbated by the fact that the world was already in a semiconductor shortage because of unexpected COVID-induced demand.

​As a result of the conflict, a great deal of Ukraine’s farmable land has been destroyed. Roman Leshchenko, Ukraine’s agricultural minister, estimates that Ukraine’s area for crop planting might shrink by more than half compared to 2021 levels[3]. Given Ukraine’s importance in the international food supply chain, global supply of items like wheat and oils will decrease dramatically, increasing prices for all. Furthermore, this increase in price will hurt developing economies more than advanced ones due to their lower purchasing power.

​Prior to the Russian invasion of Ukraine, many Middle Eastern and African countries were already struggling with serious food security issues. The COVID-19 pandemic brought economic hardship for farmers, which reduced domestic supply. In addition, as climate crises worsen, extreme weather has been on the rise and farmlands have been destroyed, further damaging yields[4]. In 2020, for example, 71% of Nigerians and 69% of Kenyans didn’t have enough money for food[5]. These nations import 31% and 34% of their wheat from Russia and Ukraine, respectively[5]. In nations like these, when the situation is already dire, heavy reliance on Russia and Ukraine will drive up prices and further increase the number who cannot afford food. This is because Ukraine and Russia keep more supply domestic when in war and in Ukraine, many ports have been taken so exportation is not possible. Moreover, a great deal of farmland has been destroyed in Ukraine. A particular soil in these Ukrainian farms called “chernozems” makes harvests very productive. Russians have destroyed these areas or filled them with land mines, making harvests difficult not only now but in the long-term as well. As one expert said in a Politico interview, “They mined everything they can get and officials are saying around three to five years will be needed to de-mine this area”[6].

​This reduced supply in the world’s “breadbasket” could have catastrophic effects. Water shortages in MENA (Middle East North Africa) region limit domestic production, so quick replacement of Ukrainian and Russian-imported goods is difficult. It could trigger famine, mass migration, riots, and economic devastation in countries which were already on the brink of these things like Lebanon, Turkey, and Egypt. This could create a loop, where food insecurity causes riots which further disrupt supply, exacerbating the food insecurity. In Congo, for example, violence from militant groups and political unrest create shortages as they “disrupted trade flows and agricultural practices, deteriorated livelihoods, and displaced people”[4].

​In addition to having vast wheat, grain, and oil production capabilities, Russia has always wielded a tremendous amount of energy supply influence– particularly in Europe. In 2021, Russia made up 45% of EU gas imports and 40% of all EU gas consumption[7]. Due to Russian desire to preserve domestic energy supply, Ukrainian facility damage, and Russian response to sanctions, the conflict has resulted in energy shortages globally. In response to Russia’s invasion of Ukraine, German chancellor Olaf Schulz halted construction of the Nord Stream 2 pipeline, which would have increased direct flow of Russian gas to Germany and the EU. This has exacerbated the shortage and will continue to do so until the suspension on the construction of this pipeline is lifted. Furthermore, Russia’s recent threats of an energy embargo on Europe and other nations could pose a serious threat to energy supply chains globally. In response to these threats, the EU has turned to US energy instead. 75% of US liquified natural gas exports have gone to Europe, up from 34% last year. The EU also wishes to decrease reliance on Russian oil as it “indirectly funds its [Russia’s] war machine”[8]. Moreover, Replacements for Russian oil are difficult in the short-term. This is because a great deal of Middle Eastern gas is already contractually being sold to Asian customers and new nuclear energy requires years of infrastructure to be built. The result of this is reduced supply and increased prices of oil and energy globally.

​While the ongoing Russia-Ukraine conflict will have serious consequences on all nations, its effects can be seen particularly on developing economies and emerging markets. In the US and many other advanced economies, the crisis in markets has mostly meant an increase in only gas prices as a form of energy. Yet in many other nations, it affects other markets as well. In Africa, for example, diesel generators make up over 40% of electricity consumed[9]. The result of this reliance on gas for electricity means that in addition to rising fuel prices, African nations have also seen tremendous increases in electricity prices. In the short-run, this means reduced affordability of a basic necessity for millions of African families. In the long-run, though, this seriously impacts economic growth. According to the World Bank, “a 10 percent oil-price increase that persists for several years can cut growth in commodity-importing developing economies by a tenth of a percentage point”[11]. In addition, these higher oil prices force oil-importing governments to devalue their currency, which only further reduces incomes[12]. Yet, the conflict does not necessarily hurt all developing economies in the same way. African and Middle Eastern nations that are net exporters of oil and other forms of energy could benefit from this conflict. This is because as Russian and Ukrainian oil prices rise, African oil becomes the cheaper option for importers and consequently many developing nations which export large amounts of oil, such as Nigeria and Libya, see greater demand for their goods and increased economic growth.

​Because of both Russia and Ukraine’s significant economic role on the world stage, their ongoing conflict will continue to have severe impacts on economies globally. As supply of necessities decreases and prices rise, many nations, wealthy and low-income alike, are struggling with importation and supply chains. However, the Russia-Ukraine conflict has especially significant effects on developing economies, which had fewer resources prior to the conflict already. As worries about a worsening crisis grow, concerns about deeper issues like political disruption and widespread violence have emerged. In light of these threats, it is important to support low-income artisans in developing countries which are struggling. Spes Nova offers financial and technical assistance to these artisans to ensure they are able to maintain a healthy living during the various crises of our time. To learn more about Spes Nova and the artisans we work with, please visit [www.spesnova.org]

[10] “The Dirty Footprint of the Broken Grid.” Ifc.org, Sept. 2019, www.ifc.org/wps/wcm/connect/industry_ext_content/ifc_external_corporate_site/financial+institutions/resources/dirty-footprint-of-broken-grid.

[12] “The Impact of Russia’s Invasion of Ukraine in the Middle East and North Africa.” Crisis Group, 14 Apr. 2022, www.crisisgroup.org/middle-east-north-africa/impact-russias-invasion-ukraine-middle-east-and-north-africa.